With the release of Expansion Sheet Series 3 in vending machines also came the release of a “Pass Card” called Bill’s PC. In Japanese, the card was known as “マサキのパソコン”, or Masaki’s Personal Computer. The release of this card on November 24, 1998 kicked off the Evolution Communication Campaign, and the promos released through it became colloquially known as “Masaki” promos. The campaign would run until April 30, 1999. 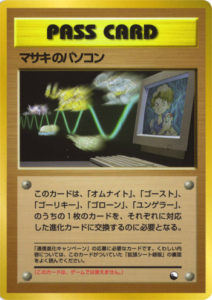 By mailing in the Bill’s PC Pass Card along with any printing of Omanyte, Haunter, Graveler, Kadabra, or Machoke, Media Factory would mail back an exclusive cosmos holofoil promo card that evolved from the Pokemon that was sent in. 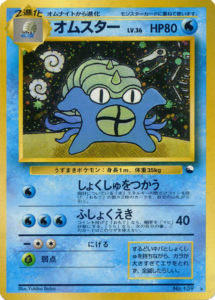 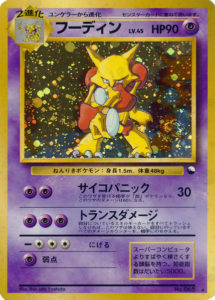 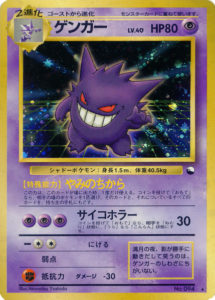 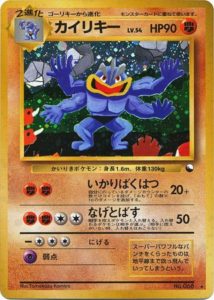 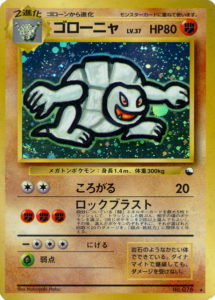 Each of these Pokemon (except Omanyte) evolved from being traded in the Pokemon Gameboy games, so the player sending in a Pokemon along with the Bill’s PC card was meant to mimic this gameplay, as Bill’s PC is used in the Gameboy games to trade Pokemon with another player.

All of the Pokemon cards that were eligible to be mailed in were available from the vending sheets, but players were able to mail in any version of the card (for example, Base Set’s Machoke would be acceptable to get a Machamp). Each of the Pokemon was printed twice within the 3 vending sheet sets. 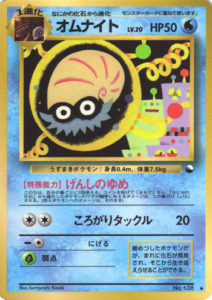 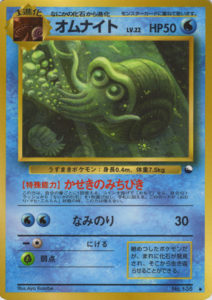 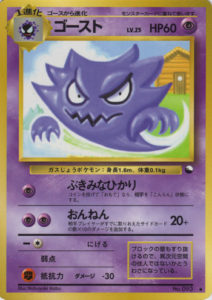 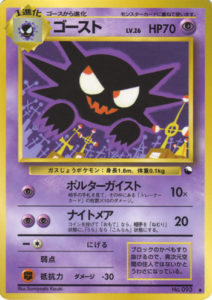 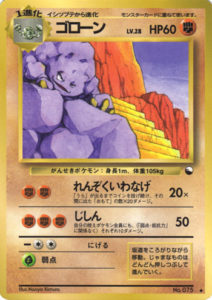 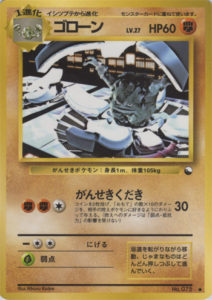 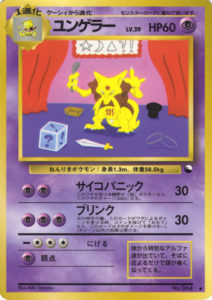 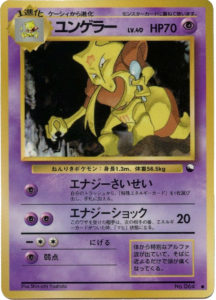 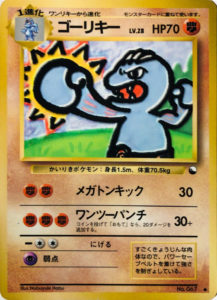 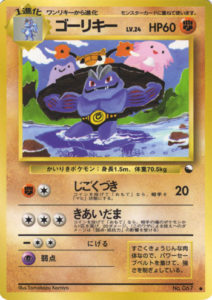 Bill’s PC was available on two of the Series 3 Vending sheets: #16 and #17 in the top right “special” card slot.

Expansion Sheet 3 had green backs (the previous 2 series had red and blue). However, unlike the previous 2 sheets, there were 2 different print runs for Expansion sheet 3. The “first edition” print run featured a graphic of Bill, and instructions on how to mail the the required cards to Media Factory to receive the promos. The second printing of the green sheets didn’t have the instructions, but still distributed the Bill’s PC Pass card on sheets #16 and #17. It’s likely that as the campaign neared its end around April 1999, Media Factory decided to update the sheets to dissuade people from sending cards in past the deadline.

Even though only sheets #16 and #17 contained the Bill’s PC card, the first print run of all sheets in Expansion Sheet 3 had the instructions on how to mail in cards.

After the campaign had concluded, Media Factory mailed back the promos in standard mail envelopes. The promo cards were inserted into a cardboard holder with a short letter printed onto it. Due to this cardboard holder securing the cards in by their corners, many Masaki promo cards have indents or folds on their corners, making them extremely hard to grade in mint or gem mint conditions.

Along with the promo card, the envelope also came with an advertisement for a Pokedex toy, and a a pamphlet to mail off for a 1999-2000 calendar that included a Birthday Pikachu promo card.

The letter itself was the same for all 5 promos. Roughly translated, it says:

Thank you for participating the Evolution Communication Campaign.

We have enclosed the evolved Pokemon card that you sent in for.

We will continue to think of delightful products and plans that will please our customers.

Thank you for your continued patronage of the Pocket Monster Card Game.

After the campaign had concluded, Media Factory wrote a report about the campaign in Trainers Magazine Vol. 2.

The report showed images of each card, along with a small blurb about the card’s artwork and the illustrator’s name. It also revealed that over 140,000 people had participated, and broke the number of promos issued for each Pokemon. This effectively revealed the total print distribution for each card. 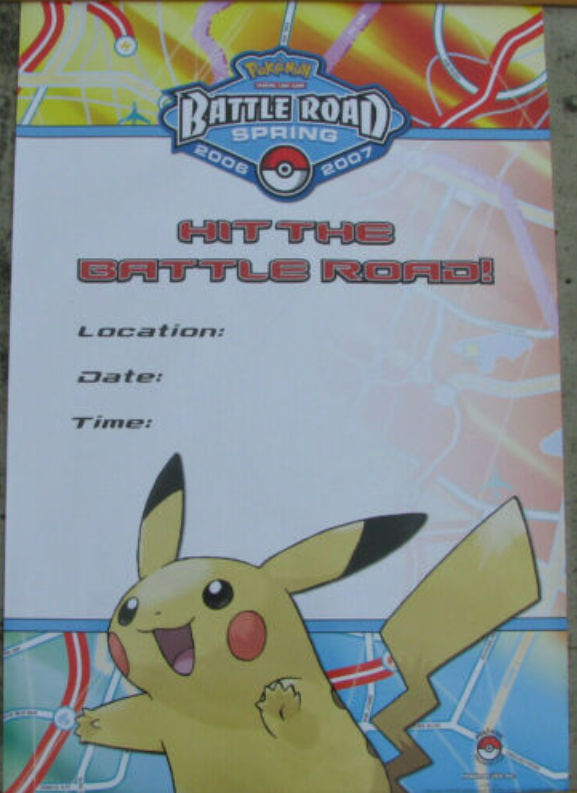 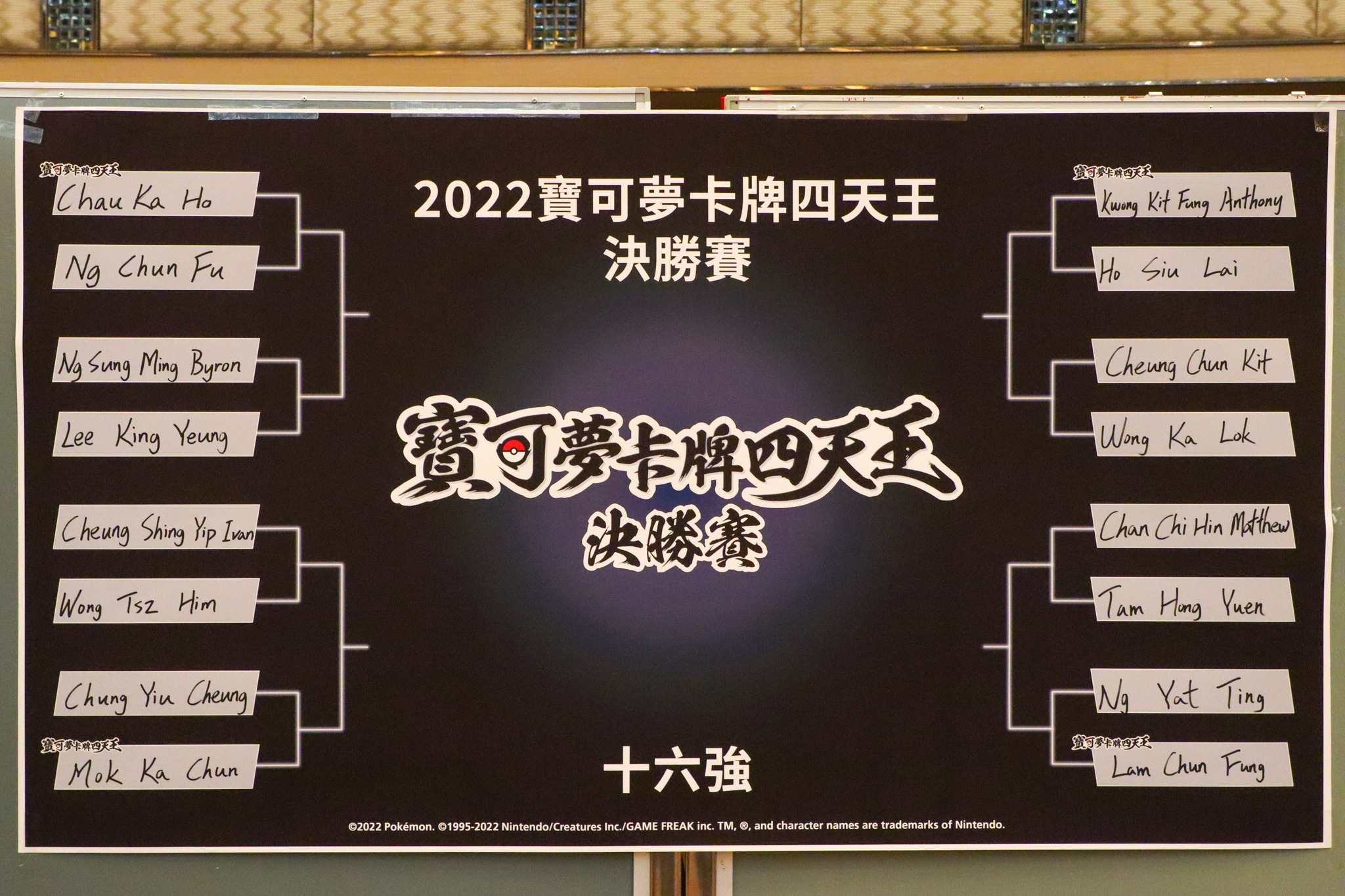