In the summer of 2022, Taiwan and Hong Kong would both host a tournament known as the “Pokemon TCG Elite 4 Finals” (寶可夢卡牌四天王決勝賽).

These tournaments served as a national championships event for the Traditional Chinese regions, and would feature multiple exclusive stamped promo cards. 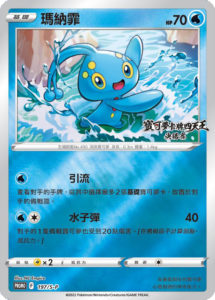 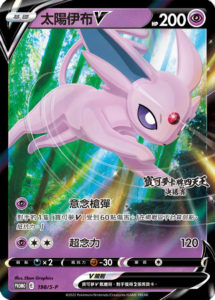 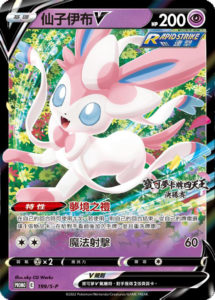 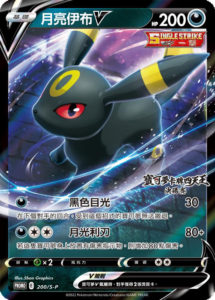 Both Taiwan and Hong Kong had previously attempted to hold a similar tournament in 2021, but due to the COVID-19 pandemic, only Hong Kong was able to hold the event. This 2021 event distributed a promo Caitlin card, the first card to feature the event’s stamp. 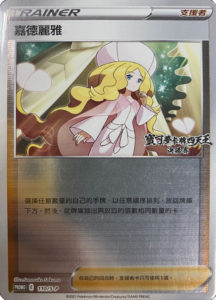 Additionally, the top 2 winners of official tournaments held at each Pokemon Official Gym store with more than 32 players would receive an invite. In total, there were 457 eligible participants for the Taiwanese tournament, as can be seen by the total eligibility list.

In Hong Kong, since a previous tournament was held in 2021, the previous Elite 4 of the 2021 Elite 4 Finals tournament received an invitation and an automatic pass into the finals.

All participants in both the Taiwan and Hong Kong tournaments would receive a promotional Manaphy card.

These tournaments had players compete in the 3 main competitive formats for the Pokemon TCG:

The Elite 4 Finals tournament had identical structures in both Taiwan and Hong Kong. It was split into two rounds: the Preliminary Round and the Finals.

The preliminary round had all eligible players play 12 rounds of swiss-draw, divided into 3 separate formats of 4 rounds each. These 12 rounds were split over the 2 days of the tournament.

On the first day, players played 4 single matches using their 60-card Open Format (all cards legal) decks with 6 prizes. Winning 3 or more games in this format would award a player with a stamped Umbreon V promo card.

After the Open format games, players would play their Sealed format games. They constructed their 40-card decks from 15 packs and played games with 4 prizes. Winning 3 or more games in this format would award the player with a Sylveon promo card.

On the second day, players would play the final 4 rounds in the Standard format, with decks consisting of cards from the most recent sets. These 60-card decks were played with 6-prizes. Players who won 3 or more games in this format would receive a promo Espeon card.

Each victory in any of the preliminary round games would award a player with 3 points, while a loss would give 0 points. Draws would give 1 point. All games had 25 minute time limits.

At the end of the preliminary round, the top 12 players with the best scores would advance to the Finals. In Hong Kong, the 4 previous members of the 2021 Elite 4 would also join the tournament at this stage, leading to 16 total participants in the finals for Hong Kong. In Taiwan, it’s likely that they added an additional 4 spots to the finals cutoff to reach the same 16 number.

Finalists would have to use the same Standard and Open format decks they played in the preliminary in the finals. However, they would be issued 15 more booster packs of the expansion of their choice to build a new deck for the Sealed format.

The Finals were played with best-of-five game sets.

At the end of the Finals, the top 4 players were crowned the “Elite 4”. The Elite 4 winners would receive 4 booster boxes of the latest expansion and an exclusive playmat. They would also be eligible for a free trip to the 2023 Pokemon TCG Elite 4 tournament.

All players in the finals (the top 16) would receive 2 booster boxes of the latest expansion, and would gain automatic entry into the 2023 Pokemon TCG Elite 4 tournament.

The Taiwanese Elite 4 Finals tournament was held from July 23 – 24, 2022 at the Kaohsiung Exhibition Center’s North Hall.

The Taiwanese Pokemon TCG Facebook page would also go on to highlight each of the winners and their respective decks used.

The Hong Kong Elite 4 Finals tournament was held on August 6 – 7, 2022 at the Kowloon Bay International Trade and Exhibition Center in Rotunda 2 on the 3rd floor.

Similar to the Taiwanese tournament, the Hong Kong Pokemon TCG page would go on to feature the winners and their decks used in each format.

While the Hong Kong event didn’t feature side events (likely due to its much smaller scale), the Taiwanese Elite 4 Finals tournament had multiple side events for attendees who weren’t participating in the main tournament to play in.

All participants were given a “Point Collection card” that had room for up to 16 points. Players could get points by playing in side events. Points could then be redeemed for prizes:

Similar to the Japanese official tournaments, this side event offered children and adults alike the opportunity to learn how to play the Pokemon TCG.

This was a free battle side event where players could play games with standard format 60-card decks and 3 prize cards. Winners would get a point for winning and a booster pack of the newest expansion.

At this side event, players formed teams of 3, then challenged other teams. Each player on the team would play a 1v1 match against someone on the opposing team. Whichever team won 2 out of the 3 matches would win the overall battle.

Because both events publicly published their player lists, it’s straightforward to calculate the total distribution of the promo cards.

For the Manaphy promo, there are at least 620 copies (457 from Taiwan, 163 from Hong Kong), with more potentially being given out for Taiwan’s side events.

For the 3 Eevee evolution prize cards, they were given out for winning at least 3 games out of 4 for each of the different formats.

Since the swiss tournament system pairs up players with similar records (and awards “byes” or free wins to the odd player out), we can calculate the total number distributed, since the match records will follow a binomial distribution.

In Taiwan, out of 457 participants, 144 copies of each Eevee evolution card would be distributed.

In Hong Kong, 4 players out of 163 were from the 2021 Elite 4 Finals, so the actual number of players who had to compete for cards was actually 159. It’s assumed that those 4 players each received the full set of the prize promos for “skipping” the preliminary rounds. This means that in total, 54 copies of each Eevee evolution promo was distributed.

Across both Taiwan and Hong Kong’s tournaments, this means that 198 copies of each Eevee evolution prize promo was distributed. 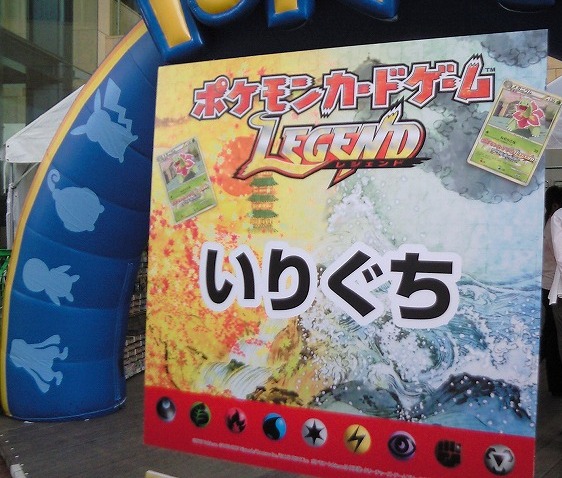